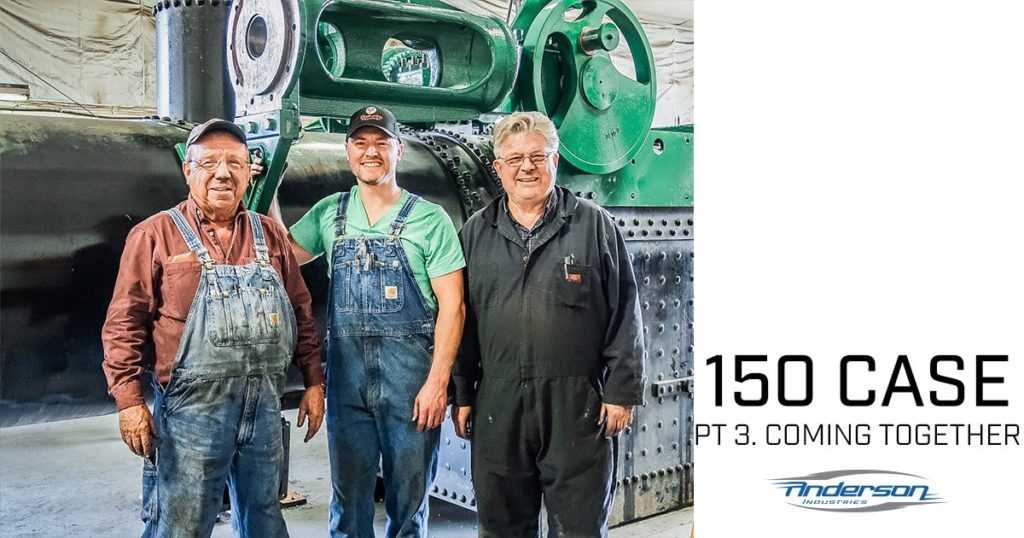 We’ve been running the governors balls out the last two months continuing to design and cast parts, finish machining, painting and bringing it all together in the assembly process. We powder coated the rear wheels at one of our equipment manufacturing facilities HORSCH LLC, in Mapleton, ND. The process starts with a full white out blast to bare metal with steel shot, then the powder is applied through an electrostatic process and finally they are cured in the large oven at 400ºF for 45 minutes.

In Manitoba, Trevor Guenter and his team were busy working on fabricating and riveting together the water tank and bunkers. Trevor volunteered to help build the tanks and bunkers in trade for 110 Case parts for his project and we very much appreciated the support. After riveting the bottom section of the water tank together, he had it lined and then assembled the top of the tank. The tank and bunker sections were painted prior to assembling to eliminate any rusting between the surfaces. Dad will be going in the first week of July to pick them up and finish the decals, striping and assemble the wood parts. By that time, we will be ready in Sheridan to install them on the engine.

After mounting the engine, we mounted the steering roller brackets and babbitted the roller in place. We machined the intermediate gear and fabricated the stub bracket which mounts it to the engine wing sheet. We fabricated and rolled the front wheel rims, Dad and Gary countersunk the holes after to secure the spoke heads. We machined the spokes for the front wheels on one of our CNC lathes in Webster, SD and now are ready to assemble together and powder coat. We machined the crosshead and wrist pin, along with about a week of work turning $1,500 of bronze bearing stock into packing glands, nuts, stuffing boxes and connecting rod bearings. Fabricated the connecting rod from 2-1/2” thick plate steel and assembled it with the wedges and bearings. The connecting rod bearings were finished after being assembled due to the fact that tightening up the wedge block put them out of round .005”. We now have a perfect fit on the wrist pin and crank pin.

Gary took on the task of putting together the levers (or leevers for our Canadian friends) and quadrant shelf. The arrangement of everything on the 150 Case is quite unique trying to pack everything over to the right operator’s side. You have the throttle quadrant bolted on top of the reverse quadrant then all that through the quadrant shelf which has to go all together at the same time as a support bearing on the left side underneath the quadrant shelf that holds the reverse shaft and arm that runs up to the reverse head. It was just one of those deals that what we thought would be a few hours took a few days, but that’s how it goes on projects like this. Gary gladly stuck in the fight with a smile and won.

The level of accuracy and tolerance that we're building this engine with was not practical in a production setting and was not even achievable in the early 1900’s with the tools they had for measuring. It will be very interesting to see this engine perform when finished. We just hope that the “old boys” looking down on us would be proud!

We have about five weeks until the target date for first firing and testing. It will be a hard push and a lot of work but we have 24 hours in a day and perhaps we have to use most of them. Nevertheless, we will have the engine completed, tested and ready to break chains in September. We hope to see all of you there! 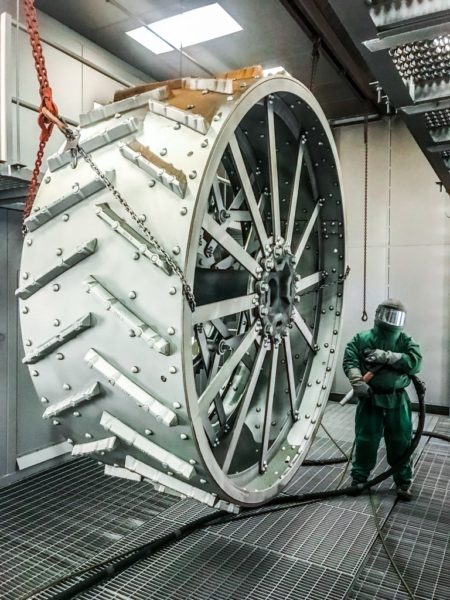 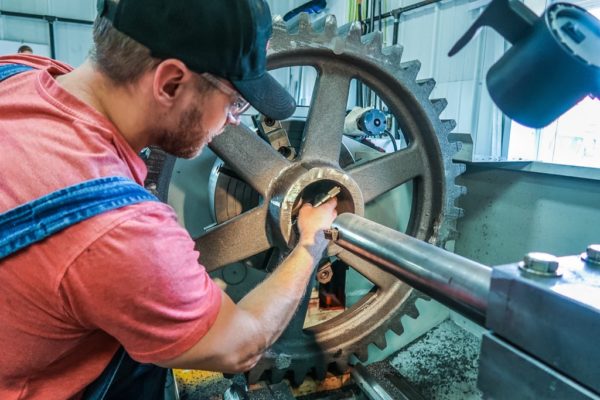 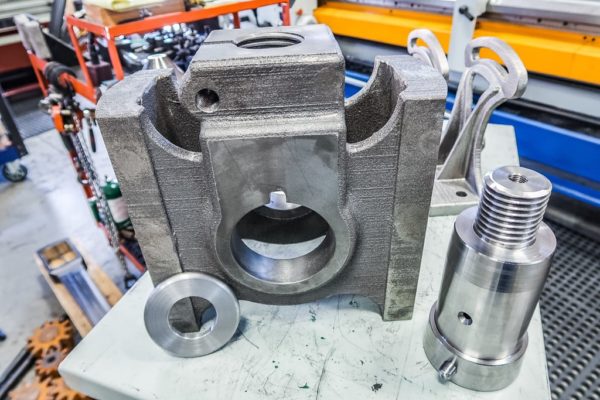 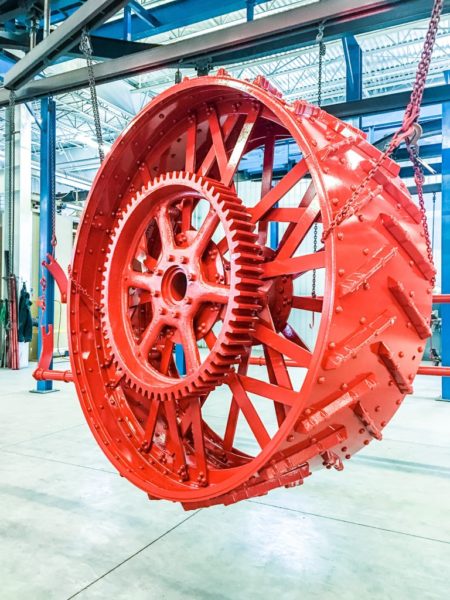 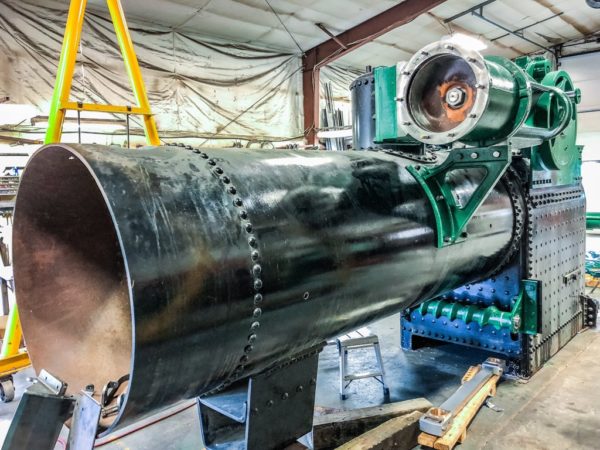 Engine as of July 1 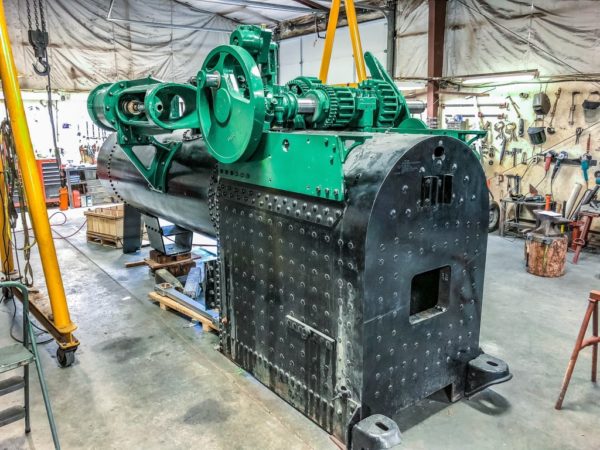 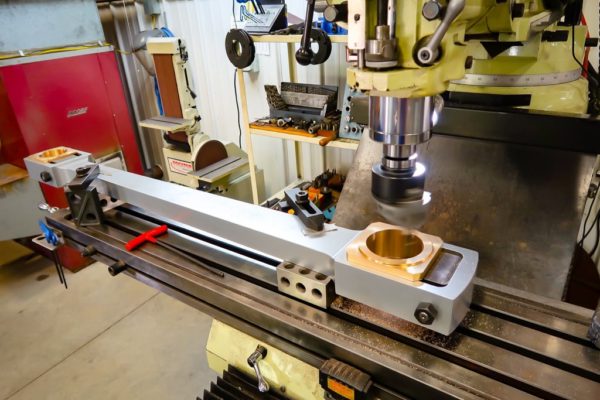 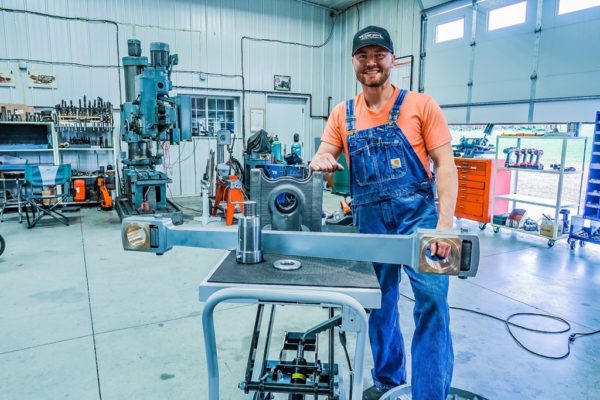 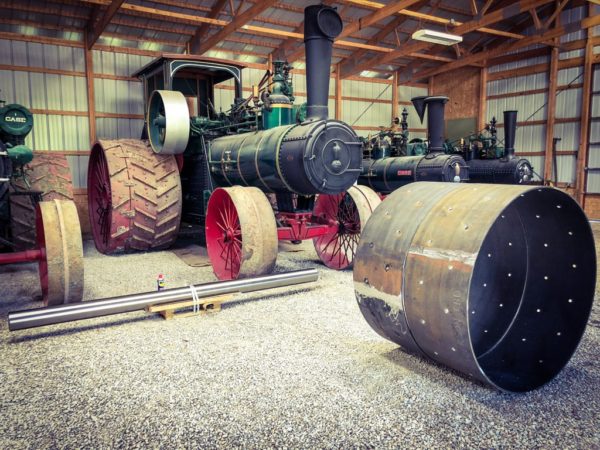 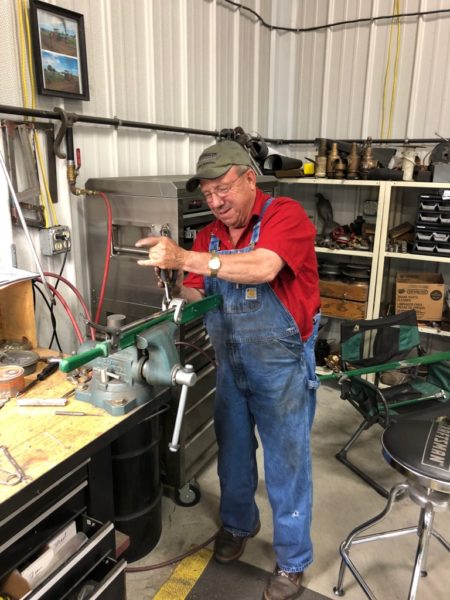 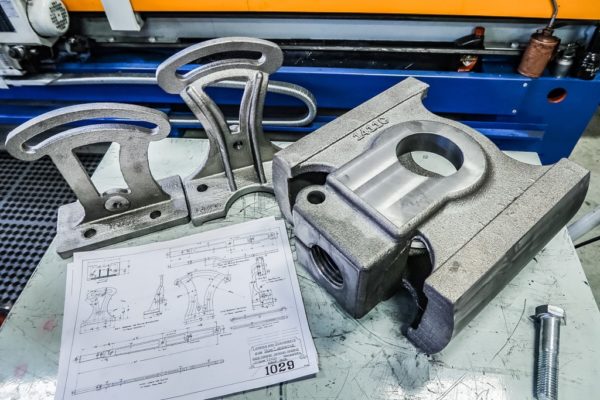 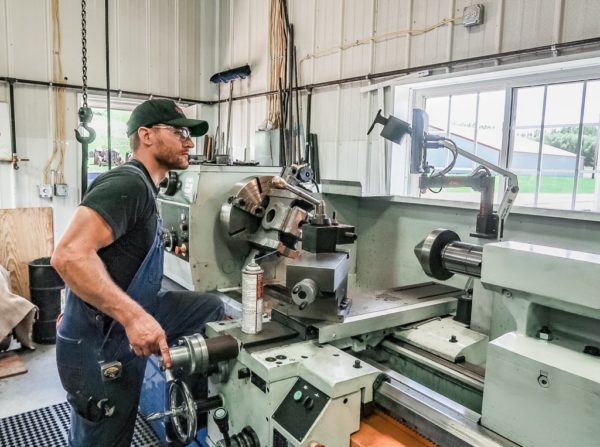 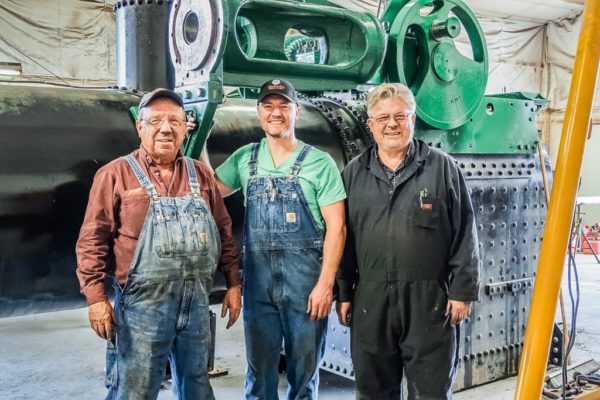 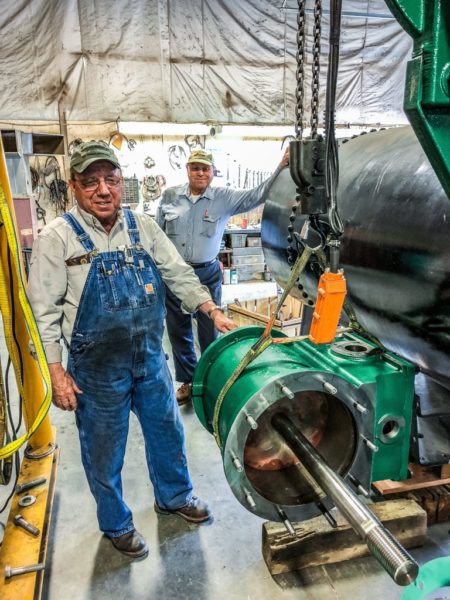 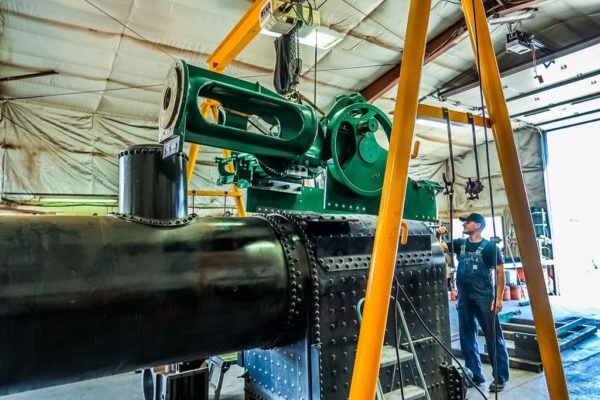 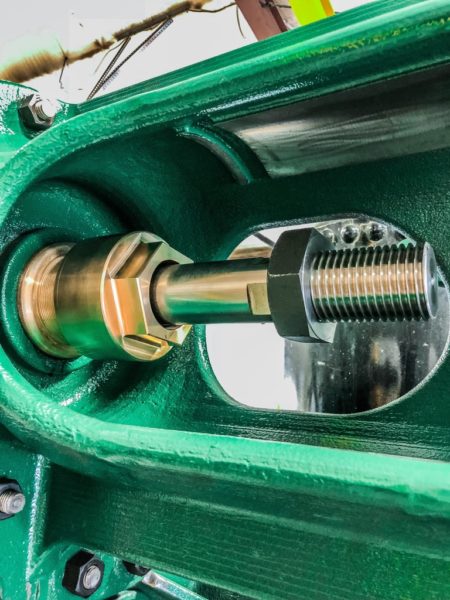 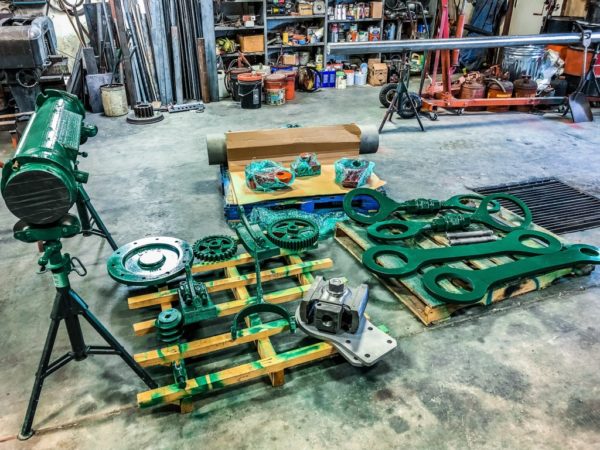 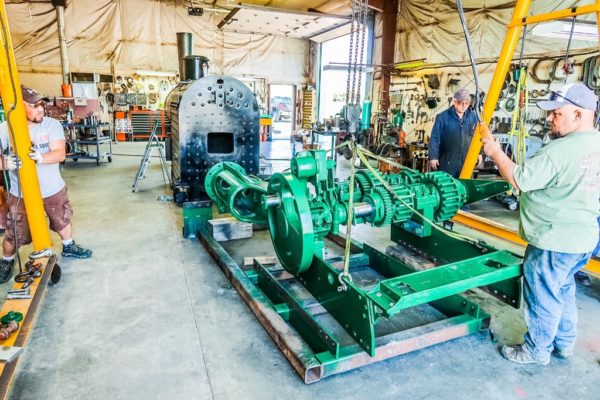 Picking engine from fixture to mount 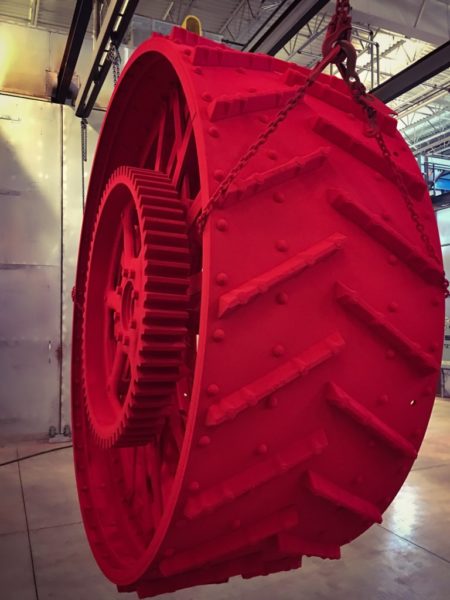 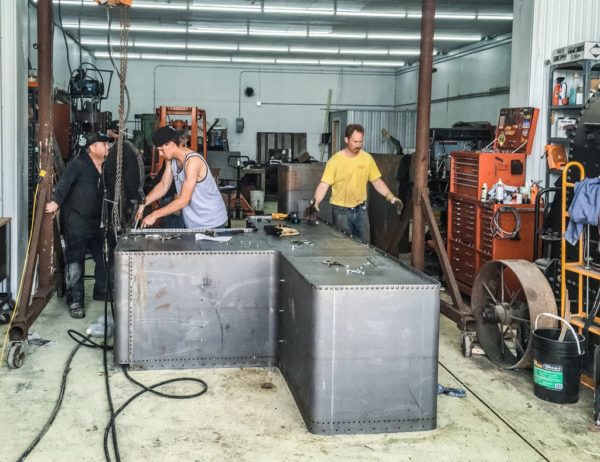